Now that the Pilot testing between Google Webmaster tool & Google Analytics integration has begun, you may opt into it by Signing up here. To see the report you will find a new section “Search Engine Optimization” under “Traffic Sources” with three sub-sections Summary, Queries and Landing Pages. Here is a snap-shoot form Google Analytic blog: 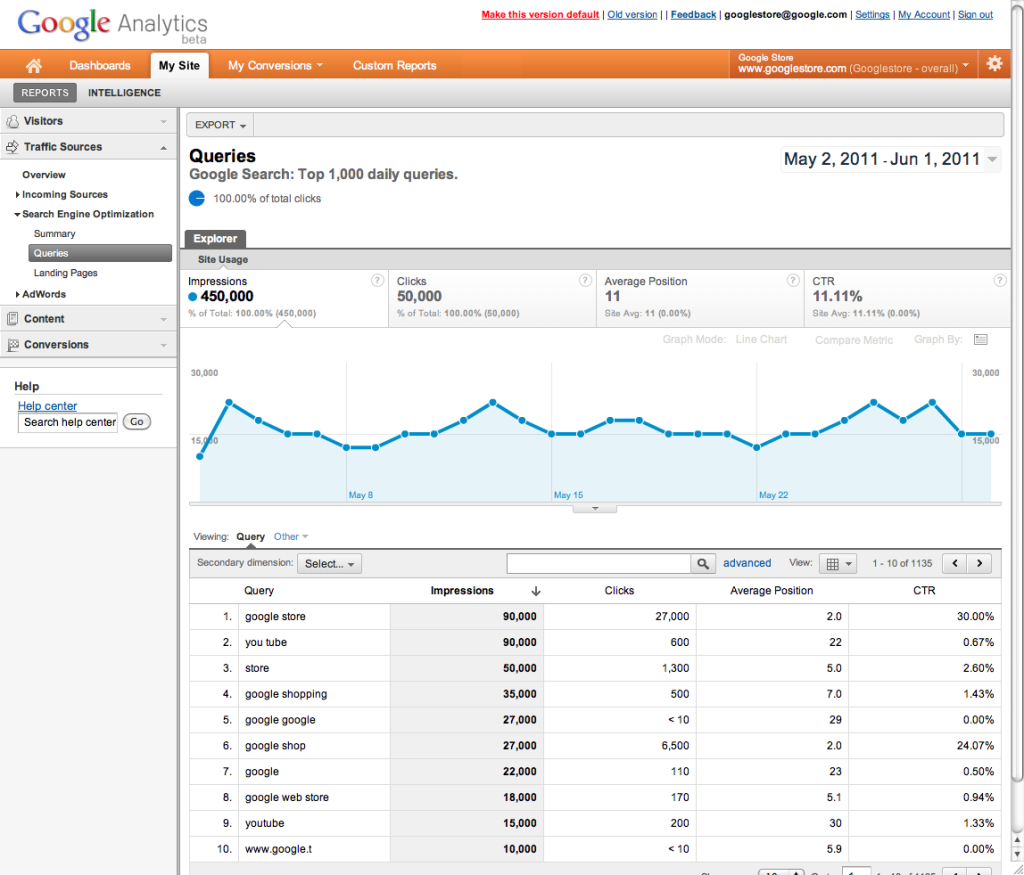 Not only that, but according to Google “these Search Engine Optimization reports also take advantage of Google Analytic’ advanced filtering and visualization capabilities for deeper data analysis. For example, you can filter for queries that had more than 100 clicks and see a chart for how much each of those queries contributed to your overall clicks from top queries”. Here is image from Google Webmaster Central Blog: