7 Social Media Marketing Trends to Look Out For in 2017

Even though social media has only recently emerged on the digital marketer’s radar within the past several years, it’s one of the most versatile, ever-changing tools at our disposal. When utilized properly, it can dramatically increase a brand’s potential audience and revenue. Unfortunately, its power can be difficult to harness at times, even by those in the business who are considered experts.

Keeping up with social media trends is a great way to ensure that you’re staying on the forefront of your industry’s social landscape and attracting as many potential customers and clients as possible. In 2017, we predict that some of this past year’s trends will continue to be important. We also think that new technology such as live video and AI will become more central to our everyday lives.

These are the trends we’re looking out for in 2017 that we think will make social media marketing campaigns exciting, successful, and exemplary.

Facebook and Twitter both integrated native live video platforms this year in a much bigger way than before, and it turned out to be a very good thing. Facebook Live and Periscope both saw huge surges in use and engagement in 2016.

Facebook Live is an engagement super-tool. Reports showed that users were watching live videos 10 times longer than regularly uploaded videos, and that they were commenting 10 times more. 800,000 people watched a BuzzFeed livestream on Facebook in which people placed rubber bands around a watermelon one by one until it exploded. This is a number comparable to a live television broadcast for an extreme fraction of the price.

Live videos on Facebook and Twitter also gave people a new way to interact with important content (more important than exploding watermelons, that is). Facebook Live’s steam of the Presidential debates this year attracted millions of viewers. While TV viewership of the debates declined, people viewing the debates within the social networks they were likely already using at the time anyway increased exponentially.

Let that sink in: features like Facebook Live are starting to numerically compete with television ratings. Imagine what a reach and a power like that could do for your brand in 2017!

You can’t think about technology in 2016 without thinking of Pokemon Go. This app completely transformed the way mobile users interacted with games. Instead of being focused on the screen itself, Pokemon Go took gameplay into the real world and forced people to leave their houses and walk around outside in order to play the game.

At its peak, Pokemon Go was averaging 45 million users per day. It also broke records for most app downloads in a single day on the Apple Store. While the game had glitches and has sharply dropped in popularity since its release, its virtual reality setup is not likely to be a one-and-done concept.

While Pokemon Go was not specifically classified as a social network, it had many of the same qualities. It actually encouraged people to socialize in real life. It also had users battle for specific sites. Expect existing games and social networks to try and harness these qualities in 2017. We are also likely to see a surge of new networks that are built on the concept of virtual reality.

It sounds counter-intuitive to say that certain content does better if it’s deleted completely after a certain period of time. But if Snapchat has taught us anything, it’s that they’re doing something right. And one of the most unique aspects of their platform is that everything disappears 24 hours after it’s posted.

Marketers are more aware than anyone of the over saturation of content that exists in the digital space these days. Expiring content does two things. First, it creates a sense of urgency in your audience that they might not otherwise have. Instead of saying, “I’ll come back to this article later,” and then never actually doing it, users know they have to read a piece of content right away because it will disappear after a certain amount of time. Second, it ensures that your content won’t contribute to the “over saturation” of social media in general. Your content only exists while it’s relevant, and then you and your audience can move on to something else.

This is obviously not the way to go in every case. Depending on your industry or your audience, expiring content might not be the right focus for you. But if you’re getting irrelevant leads from old content, or trying to reach a younger audience, this might be a trend you want to consider.

On the subject of expiring content, Snapchat’s growth this year put it above Twitter and Pinterest in terms of active users. It is officially the fastest-growing social network in the country. Currently, Snapchat reaches 41% of users ages 18-34 in the United States, and that number is only expected to grow in 2017.

Snapchat, like Pokemon Go, has derived a lot of success from the creative use of technology. Its unique and fun filters may not seem like serious business triumphs, but the fact is that there isn’t anything like it on the market, and that advertisers can reach a very targeted audience through its platform.

If your company relies on the below-40 age demographic in any way, it would be absolutely worth considering devoting a bit of time and money to Snapchat next year.

While Snapchat’s share of the American social networking audience soared in 2016, Twitter’s steadily dropped. Its numbers have not kept up with the growth of social networks in general, despite being one of the front-runners in the past.

There are various theories floating around as to why this might be. It’s possible that with apps like Instagram staking more of a market claim, users are beginning to prefer high quality content at slower intervals rather than bite-sized bits of content at rapid intervals (which is Twitter’s specialty).

eMarketer does not expect Twitter to grow at all in 2017. It might make sense to allot some of your budget for Twitter to a different social network.

Artificial Intelligence (AI) is arguably the most interesting piece of technological advancement from 2016. It’s existed before, of course, but this year it was integrated into things we use every day (such as Google’s search algorithm).

AI has also affected people’s everyday lives via assistants like Siri, Cortana, and Google Assistant. People are using AI to help them with tasks. This idea is expanding to the social media and customer service industries. Facebook, WhatsApp, Twitter, and Google Allo all announced that they would be utilizing AI-based chatbots to answer common questions.

You might find yourself chatting with machines a bit more often in 2017. 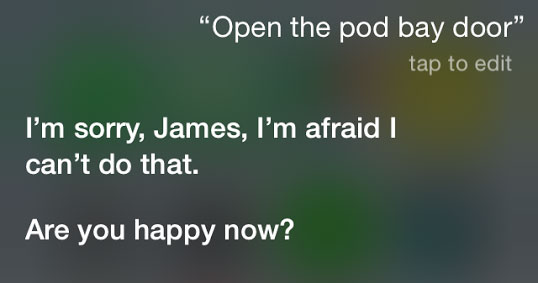 7. Organic Social Reach Gets Even Harder

With each new change to Facebook’s algorithm, it gets harder and harder to reach an audience without putting some sort of advertising or boosting money behind your post. Facebook’s organic reach is sometimes as low as 2% of the people who like your page. (So even though you’ve earned a certain audience through your page likes, you can’t always reach all of them.)

The best way I have learned to deal with this frustrating issue is to become an expert at Facebook boosting. A little bit of money can go a very long way if you understand your audience and boost the right content to the right demographics.

At this point, it’s useless trying to fight Facebook’s algorithms. Other social networks may be a bit easier to crack, but most networks do tend to take after Facebook in many ways. Instagram, for example, recently changed the way its posts are displayed in feeds. You won’t show up automatically anymore. (Sound familiar?) Learning to play the game is key. If you can’t beat em, join em.

If your brand is struggling to stay afloat on social media and you need help figuring out where your audience is and what they want to see, contact us! We can create a custom plan for you, curate content from around the web and create original social content, and even manage your paid Facebook content. Make 2017 your best year yet!